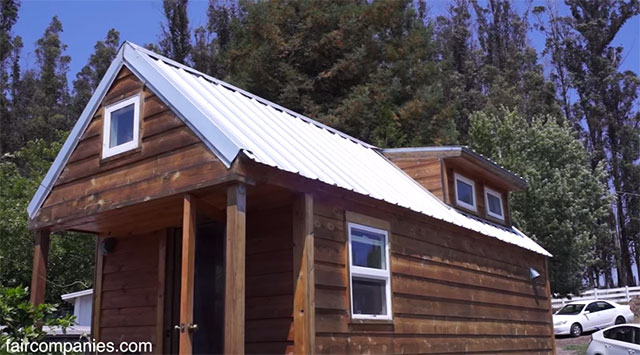 Before building his own tiny house, the only construction experience law student Joel Fleck had was building tree forts as a kid. He wanted his own house but knew he would be unable to purchase one while in school and he did not want to pay the high rent prices in his area, so he opted to build his own house.  He obtained an old flatbed trailer from a neighbor for $300 and began building his house without plans. 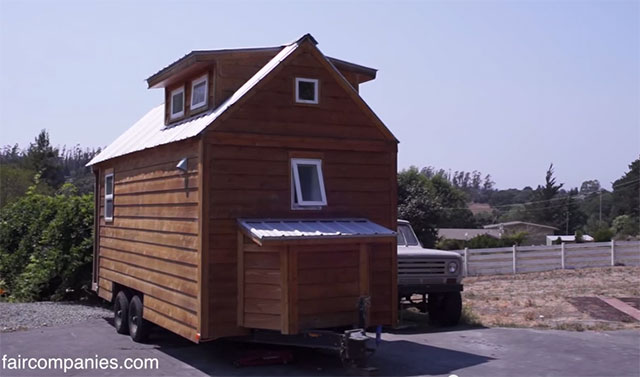 At 6’4″ tall, Joel may not seem like the ideal candidate for a tiny house, but he built his exactly as he wanted it, full of really cool custom features, with every last detail suiting his needs. The home is taller on the inside than most tiny houses, so Joel has plenty of room to stand and move around within his house. 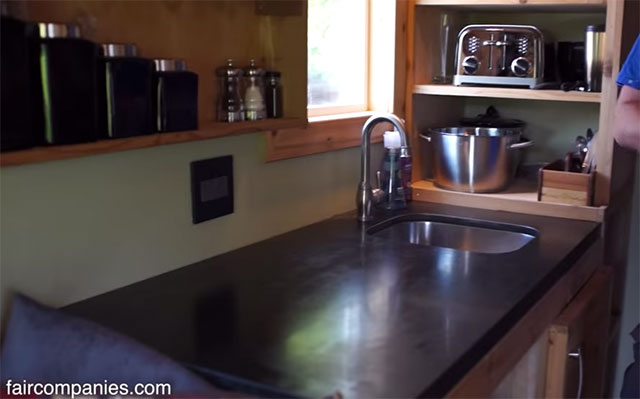 The granite kitchen countertop and sink were purchased used and placed over a custom built base with storage shelves. Rather than installing a traditional oven and stove, Joel opted for a large convection microwave that can be used to bake just about anything. A 6 foot couch next to the counter serves as a roomy relaxation area and a place for friends to stay. 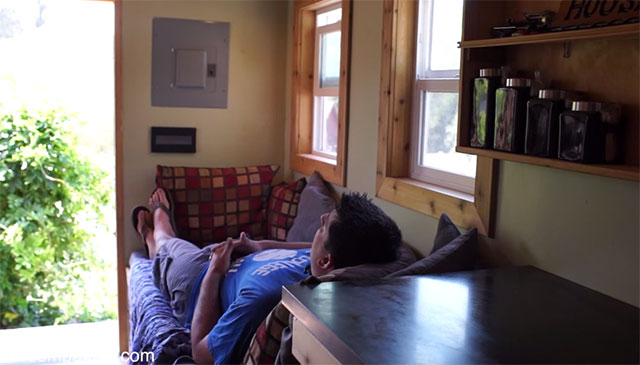 Because he spends the majority of his time doing work, the home includes a large stainless steel desk with plenty of book storage on either side, along with storage areas below the desk that he uses for storing liquor and shoes. 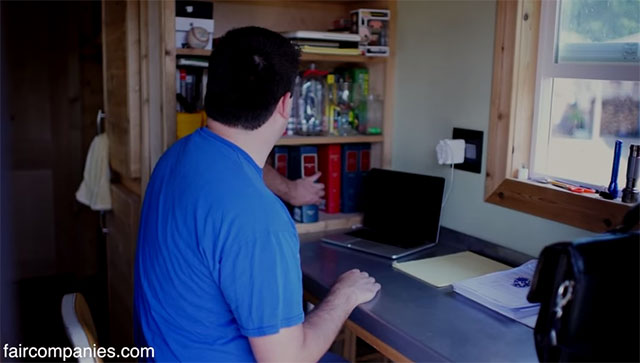 The roomy sleeping loft holds a queen sized bed and has enough head space above for Joel to sit up in the area. He built another loft at the opposite end of the home to hold his tools and building materials. 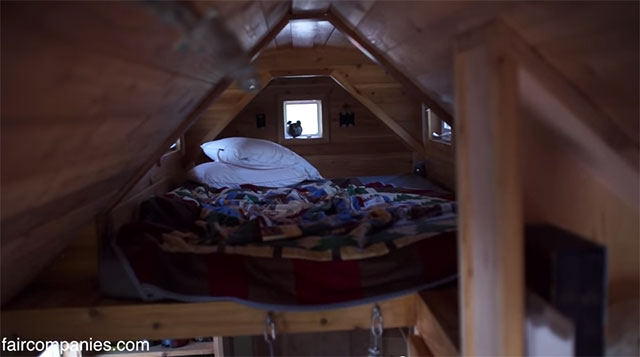 The home has a full sized shower with a large shower head, fed by a 6 gallon water heater. The bathroom area also has a composting toilet. The interior of the home is finished in beautiful cedar boards, that double as mothball prevention in the closets where he hangs his suits for work. 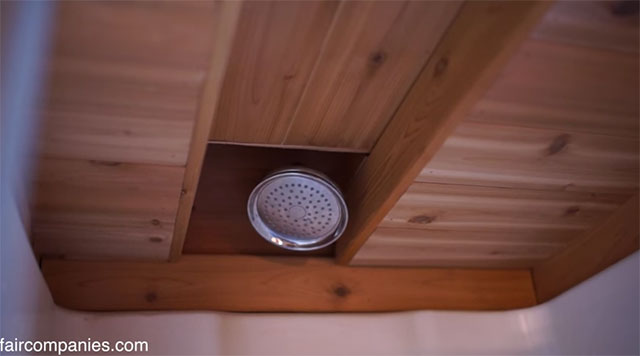 Like many of the other materials for the house, the 110 year old oak flooring was found on Craigslist. Overall, the home cost about $25k, which included many of the tools required for the job. Joel initially hired a contractor, but ended up doing the majority of work on his own, using Youtube as a learning tool as needed. 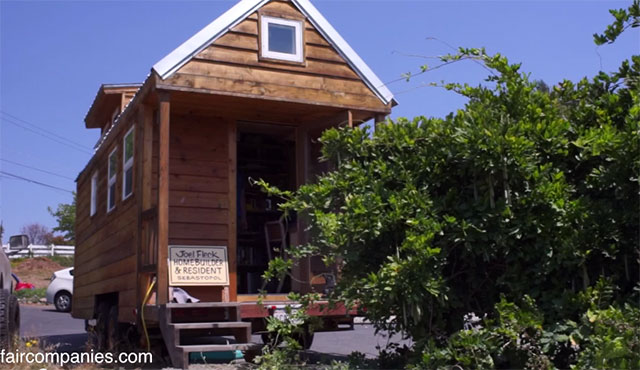