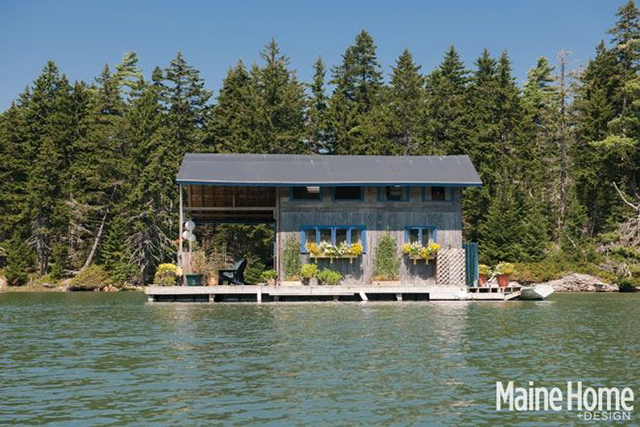 Foy and Louisa Brown of North Haven, Maine originally built this cozy, 240 square foot off grid cabin as a rental to make some extra money, but once the decade-long construction job was complete, they decided they wanted to keep it for themselves. They finished the cabin just in time for their wedding night in August 2010 and have been spending their summers living in it ever since. 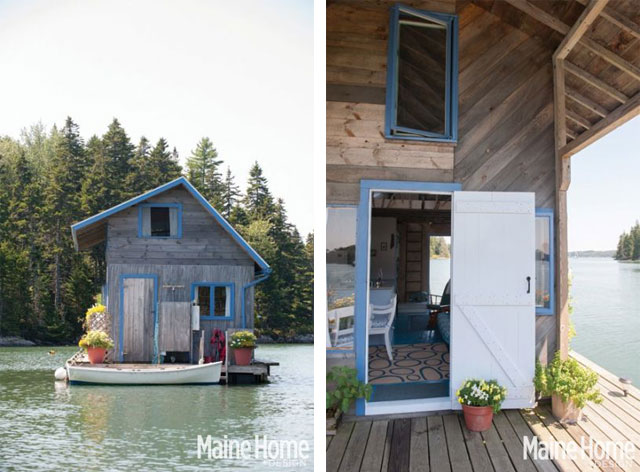 According to the Browns’ interview with Maine Home Design, the cabin is actually floating – accessible only by boat – on a foundation of plastic floatation tubs, styrofoam, and pontoons. The foundation was built first on shore, then towed out into the water. Foy then proceeded to build the cabin on top of it, bit by bit. The building is made primarily of shiplap, the rough-sawn wood most commonly seen on barns and outbuildings. This choice of wood definitely adds to the beautiful rustic charm of the cabin, all the while keeping the building cost low. 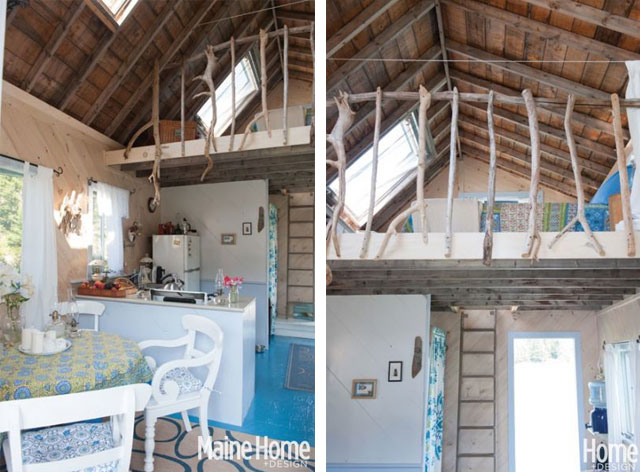 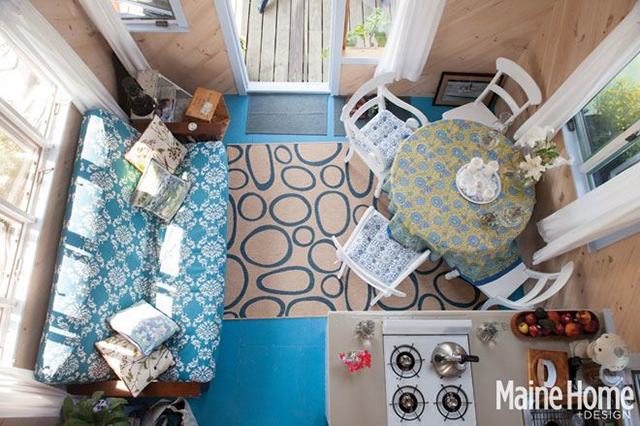 The cabin is entirely off the grid – no electricity or water hookups. The couple hauls in water to supply the 55 gallon tank that feeds the shower and kitchen sink and rain barrels collect water for the flowers and plants outside. Propane tanks are used to power the on-demand water heater, stove, and refrigerator. Candles and oil lamps provide light inside the cabin after dark while small solar lights illuminate the deck. 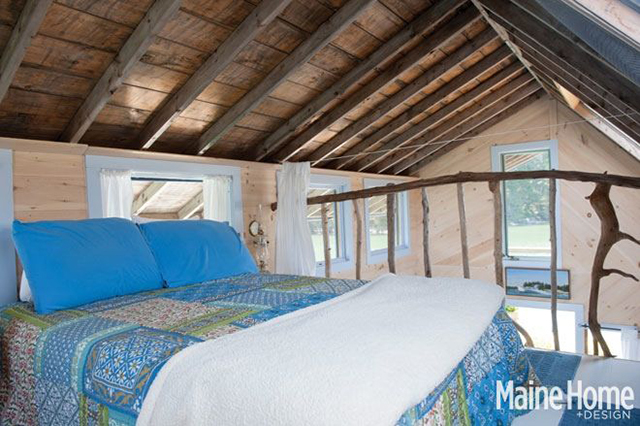 During the week, the couple takes a skiff to shore to go to their jobs on the island and return to their cabin in the evening. On weekends, they grill out on their floating platform and enjoy the surrounding scenery and wildlife. Sounds like an off grid dream to me! 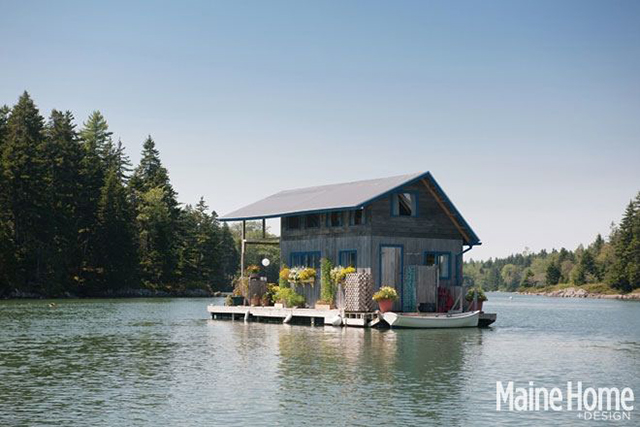 The best part is getting away from it all. There’s no TV, no one to bother you—and no property taxes or permits. 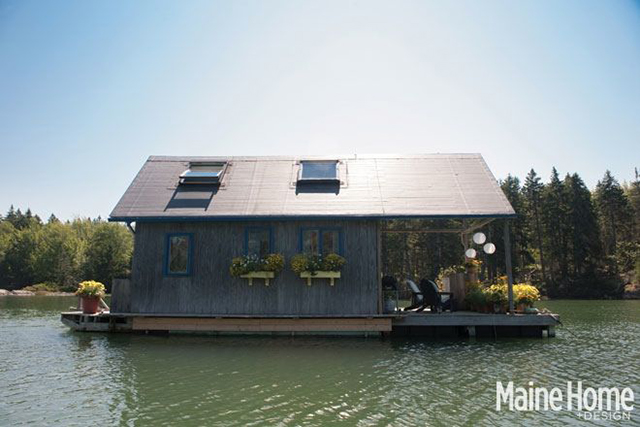